Join the National SBHA and numerous medical associations and children’s advocacy groups, including the Children’s Alliance here in Washington, who are publicly opposing the Administration’s public charge proposal.  Add your voice in opposition to the proposal, which could severely impact access to needed services by immigrant families and their children. The public comment period is open until December 10.

“Public charge” is an immigration term that refers to a person who is likely to become primarily dependent on the government to meet his or her basic needs. The Administration’s proposed new rule would significantly broaden the scope of programs considered by the government to make this determination, making it more likely that legally present immigrants could be denied a visa or green card merely for seeking health and support services, including those for which they are eligible such as Medicaid, SNAP and housing assistance.

As the Children’s Alliance explains, “The administration’s effort to expand the definition and application of the public charge test effectively withholds essential public services from many of the 1 in 4 Washington children growing up in immigrant families. The result: poorer health, more hunger and greater inequity for children and families, particularly for immigrant communities of color. This could mean that immigrant families do not seek critical health and other services out of fear.” 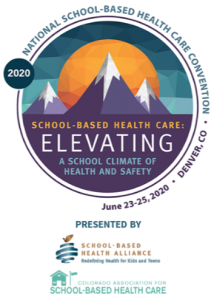