The Washington School-Based Health Alliance (WA SBHA) has been advocating, alongside the national SBHA and other state affiliates across the country, for more federal funding for school-based health centers (SBHCs).

The bicameral, negotiated bill includes $30 million for school-based health centers (SBHCs) within the Section 330 Health Centers program, a $25 million increase from Fiscal Year 2021. While this funding level is lower than in earlier House and Senate appropriations bills* and is limited to Health Center Program grantees, it represents an unprecedented and historic investment in operations funding for SBHCs.

“Congress has made an important down payment on school-based health services for the nation’s most vulnerable children,” said Robert Boyd, President of the School-Based Health Alliance. “We will build on this momentum to expand funding for all school-based health center sponsor types in Fiscal Year 2023.”

Many thanks to all Washington members of Congress who supported funding of SBHCs as budgets were developed in each chamber, and special thanks to Senator Patty Murray and her staff for their tenacious support of school-based health care and this win for SBHCs in these difficult budget negotiations. 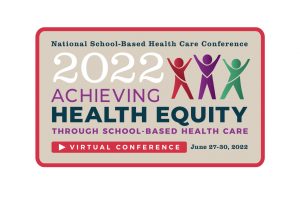 Register now to reserve your spot!